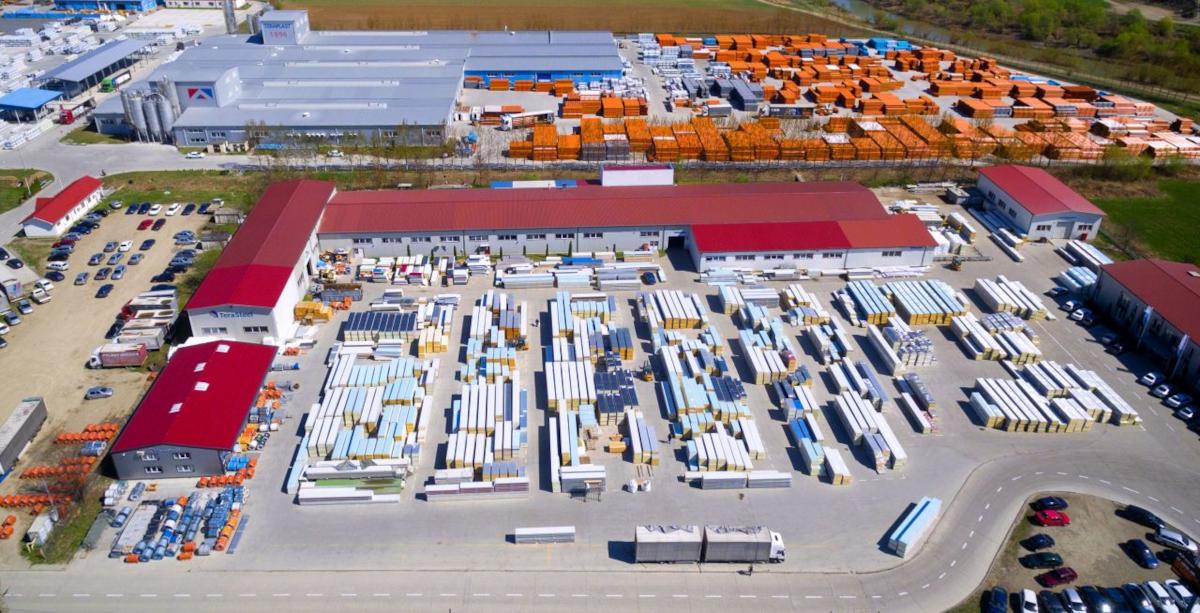 TeraPlast Group, the largest Romanian producer of construction materials, registered a 23% increase in its turnover during the first half of 2019, compared to the same time of last year. The evolution of the turnover from 338 million lei to over 416 million lei is due to the increase of the Group’s regional presence, the development of the client portfolio as well as the expansion of the distribution network.

At the same time, the Group’s EBITDA increased by 26%, from over 28 million lei to over 35 million lei, following the upward trend the Group has been on in the last years.

„The performance we registered during the first six months is in line with our objective of continuing the upward trend as well as with the strategy of improving our margin, things we took on already last year. While during 2018 we focused on consolidating the new businesses, for this year we aim to have a sustained growth by expanding our regional presence and developing our production facilities through an ambitious investment plan” said Ioana Birta, CFO of TeraPlast Group.

The best performance during the first six months was registered by TeraPlast. Its turnover increased by 28% compared to the first half of 2018 triggered mainly by the results of the Installation business line in the context of a positive development of the infrastructure projects. The revenue surpassed 167 million lei while the company’s EBITDA reached over 15 million lei – a 37% evolution compared to the first half of 2018. One million lei is added to the 15 million lei, representing the EBITDA TeraPlast Recycling made during the second quarter of 2019, when the recycling business was transferred from TeraPlast. During this time, the whole production of recycled PVC was used by TeraPlast SA for the Installation and Joiney profiles business lines.

The sales of metallic roof tiles business line reached over 105 million lei, compared to 82 million lei in the first six months of 2018. Wetterbest inaugurated in June a new showroom in Brasov, and the construction works for the new production unit in Prahova county are in progress. The new factory will increase the current production capacity to over 10 million square meters of metallic roof tiles. Once the factory will be functional, the company also estimates an improvement in its margin.

The sandwich panels business line contributed to the Group’s results with over 130 million lei income in the first six months, 18% over the value of the same period last year. TeraSteel, who strengthened its market share in the Balkans with the help of the Serbian factory, is counting on a market share increase determined by the dynamics of the civil and industrial constructions sector. For this year, the company aims the expansion of its regional presence by developing its distribution network in all the countries it is present in.

This year, the TeraGlass factory is in a reorganisation process within an investment project worth 16,6 million lei, that is co-financed through State grants. At the end of the project, the factory will have an automated production workflow for PVC windows and doors. The production on the new lines will spin off at the beginning of 2020. The company aims a significant increase in sales for the next two years on both domestic and foreign markets.

The Group has, for this year, 109 million lei worth of investments for expanding its production capacities, upgrading the production equipment, maintenance and the diversification of the products portfolio. Part of these investments are co-financed through state aid.

With a tradition of over 120 years, the TeraPlast Group is currently the largest Romanian construction materials producer. The Group comprises of the following companies: TeraPlast, TeraSteel Romania & Serbia, Wetterbest (Depaco), TeraGlass, TeraPlast Hungary. Starting with April 2019, the recycling business has been spun off in the independent company TeraPlast Recycling.

Since the 2nd of July, 2008, the largest company of the Group – TeraPlast SA – is listed at the Bucharest Stock Exchange under the TRP symbol. TeraPlast’s shares are included in the following indexes: BET-BK, BET-XT, BET-XT-TR and BET-Plus.CATEGORIESNEWS