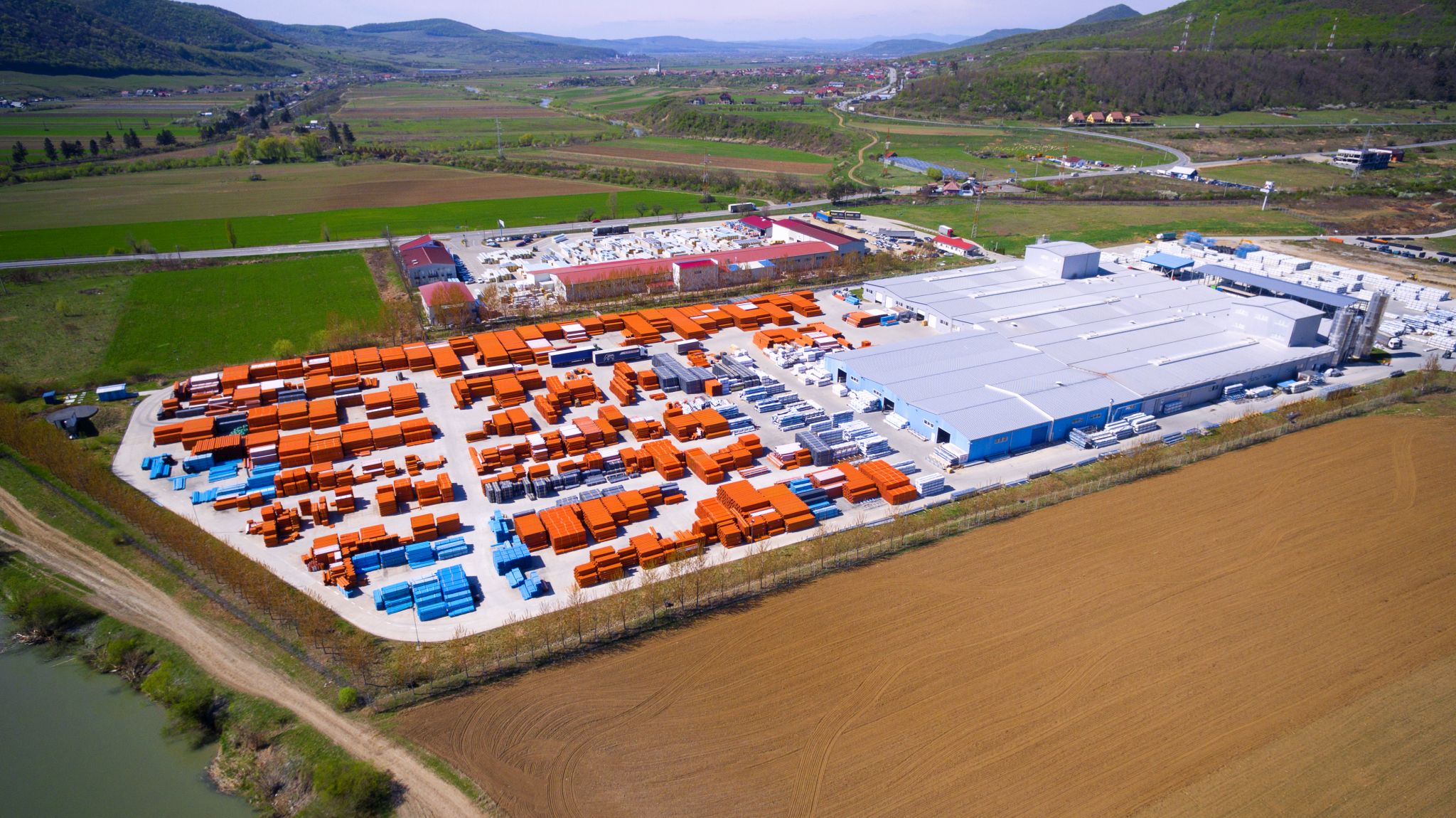 TeraPlast Group continued its solid performance in 2021, with substantial double-digit growth in all KPIs. The turnover for the financial year 2021 increased by 55%, to RON 615 million - a record result in the current structure of the Group. Net profit (which does not include the impact of 2021 exits) rose by 50% to RON 44.6 million. EBITDA reached RON 74.2 million, an increase of 36% compared to the previous year. In the same period, the operating profit reached RON 53.6 million, 41,7% more than in 2020 and triple compared to 2019.

The consolidated result was positively influenced by the commissioning of some scheduled investments (the expansion of the capacities of the Installation Division and TeraPlast Recycling) but was burdened by non-recurring costs related to the ramp-up of new investments, which amounted to almost RON 3.7 million.

The group continued to sell significant volumes despite the rise in raw material costs and a decline in the construction sector in the second half of 2021. Engineering works fell 5.5% in the first 11 months of 2021 compared to the same period in 2020, which suggests an increase in the market share of the Group's sales in 2021 and recertifies the quality and competitive advantage offered by the products made by TeraPlast. The conditions of the construction market did not allow the full transfer into the market of the record increases in raw material prices. Electricity price pressures, on the other hand, were successfully managed by the Group through long-term contracts. Thus, the results in absolute terms evolved excellently, both EBITDA and net profit.

Supply chain disruptions have caused delays in the delivery and commissioning of both the biodegradable packaging factory and some of the production lines for the Installation business. Delays have led to additional costs with employees and test materials that could not be recovered by the end of 2021. Starting this year, however, these investments will contribute more visibly to positive results.

An outstanding performance is noticeable on the foreign market, where the value of exports has doubled compared to the previous year. The share of exports in total turnover stood at 14.4%, in line with the 15% target announced by the Group's representatives at the beginning of 2021.

„The results confirm the excellent path that TeraPlast Group has taken throughout the year. We had an ambitious investment calendar in 2021, which was fulfilled even if, at times, there were delays in commissioning. New projects arising from implemented investments contributed by 11% in total EBITDA and generated 6% of consolidated net profit. We have grown even though the construction sector has shrunk and we have reached our goal of gaining market share.” said Ioana Birta, Chief Financial Officer of TeraPlast Group.

"We aim a strong growth in 2022 as well, due to the packaging business where we will have a three fold increase in turnover. We are also growing due to the expansion of production capacity in installation, compounds, and recycling. We also ensure future development by investing EUR 11 million in the production of stretch films. We will start implementing it as soon as we receive the financing agreement. In expanding our business, we also count on performing M&A projects that will lead us to an EBITDA of RON 130 million. Exports remain a priority. In this regard, we aim for a 40% increase this year. " said Mr. Dorel Goia, Chairman of the Board of TeraPlast.

For the current year, TeraPlast Group aims at a turnover of RON 789 million and a net profit of RON 69.4 million, both with a sustained increase of 28% and 55%, respectively. For the same period, the budgeted EBITDA is RON 112 million, 51% more than in 2021. At the same time, greater account will be taken to the launch of new products and the expansion of the geographical footprint, including through M&A projects. The budgeted figures for 2022 do not include the possible positive effects caused by the commissioning of stretch film production and the acquisition of new businesses.

The Group is comprised of the companies TeraPlast, TeraGlass, TeraPlast Recycling, TeraBio Pack and Somplast. Starting July 2nd, 2008, TeraPlast SA – the parent-company of the TeraPlast Group – is listed on the Bucharest Stock Exchange under the TRP symbol. The company’s shares are included in the BSE reference index, BET, and starting September 2021, in FTSE Russell’s Small Cap and Global All Cap indices. Within the Vektor evaluation based on 15 criteria for investor relations communication, conducted by ARIR, TeraPlast obtained the maximum score, 10, for the third time in a row.